Although there are twice as many possible transversions as transitions, the latter are more common (approximately 2/3 of point mutations are transitions).

The free radical theory of aging hypothesizes that oxidative damage to the mtDNA induces random de novo mtDNA mutations which gradually accumulate over time, potentially reaching pathological levels. The authors summarise recent studies have showing that transition mtDNA mutations  rather than transversion mutations  gradually build up overtime and are amplified, via clonal expansion, to pathological levels.

Given that transition mutations are generally associated with replication errors made by the mitochondrial polymerase γ, the age associated accumulation of mtDNA mutations could result from free radicals interacting with polymerase γ, potentially reducing its fidelity and/or inhibiting mtDNA replication. This would in turn lead to random de novo transition mutations and their subsequent clonal amplification. Conditions hypothesized to induce accelerated aging via oxidative damage/stress could include chronic infections such as HIV, chronic inflammatory conditions, or tobacco smoking

The authors conclude suggesting the possibility that free radicals, rather than directly contributing to mtDNA mutations via oxidative lesions, affect the mitochondrial polymerase and decrease its fidelity, indirectly increasing somatic transition mutations.

Posted by Ferdinando Insalata at 01:33 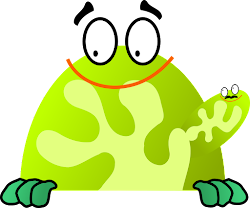